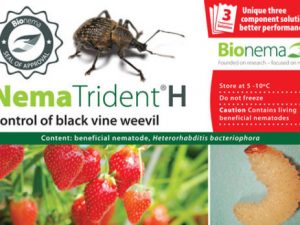 Natural pest control makes even more sense for commercial growers, greenkeepers and foresters now – with the launch this month of a unique new UK nematode product which boasts 20% more efficiency and up to 95% kill rates.

Beneficial insect-parasitic nematodes are applied with water to control soil and foliar insect pests. Enough moisture is necessary for the nematodes to move and find the host before and after application.

The three components comprising the NemaTrident® solution are (i) infective juveniles of nematode (ii) soil conditioner and (iii) a built-in training programme. The unique NemaTrident® three component solution ensures maximum dispersal of nematodes when applied with soil conditioner which improves the water holding capacity (moisture) of soil/growing media so that the nematodes work better.

Growers, greenkeepers and foresters using our new NemaTrident® three component solution can expect highly effective pest control from a novel package aimed at maximising profits and keeping down costs” said Bionema Managing Director Dr Minshad Ansari. “We have field results showing that the product itself is incredibly effective, and by offering training to operators we can ensure the best possible results.”

“Our field trials over the last two years in the horticultural and forestry included different nematode species, and our special solution provided 20-30% higher control than existing products in the market – with an up to 99 per cent kill rate,” said Dr Ansari.  “With our new product portfolio, Bionema provides organic growers with complete chemical free pest solutions which will reduce costs and increase yields.”

NemaTrident® is available to professional growers in the UK and EU through dedicated distributors and direct through Bionema. 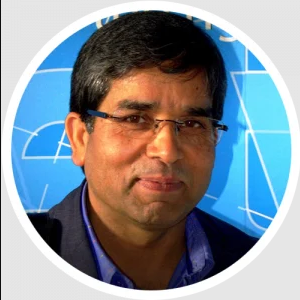